Bank of Spain: Latin America recovery to arrive in 2022 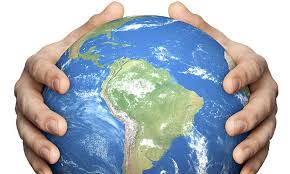 PANDEMIC ECONOMIC IMPACT/ The agency believes that the region’s major economies have already begun to grow, but their structural problems and weaknesses hurt the recovery.

Latin America’s major economies – Brazil, Mexico, Argentina, Chile, Colombia, and Peru – will not recover land lost to the pandemic until at least 2022. It is the conclusion reached by the Bank of Spain after analysing the evolution of the region’s economic indicators over the past few months.

In the study Evolution of the Covid-19 pandemic in Latin America and its economic effects published yesterday, the Experts of the Bank of Spain say that, after the debacle of the second quarter, the economies of the region have already begun to grow and that, surely, in the coming months they will record positive growth values.

However, the body rules out a rapid recovery. “These economies would generally follow a fragile and very gradual path of recovery, given their structural constraints and the limited margins for adopting additional stimulus policies,” the report says.

Experts at the Bank of Spain recall that the pandemic arrived in Latin America later than Europe and that the region has not yet managed, in general, to stop the spread of the virus. More importantly, since June, the region has become the global epicentre of the pandemic by recording nearly half of the daily pandemic deaths worldwide.

This data has also been recorded even though many countries took measures to restrict activity and movement very early and similar to those taken in other parts of the world to slow the progression of the virus (mask, social estating, hand hygiene…).

As in most of the world’s economies, Latin America’s economies recorded an unprecedented collapse in the second quarter of this year. The largest economies in the region contracted by 14%, although the average hides very different performances. Peru, for example, fell 27% between April and June, while Brazil’s GDP fell by 9.7%.

The Bank of Spain notes that there was also a strong outflow of capital from financial markets and sharp falls on the exchanges, despite historical interest rate cuts that were carried out by central banks.

Therefore, the agency believes that Latin America will end this year on negative ground, with an “unprecedented” economic setback. It will be another scar in the economic history of a region that does not finish raising its head and could be facing a new lost decade in the event that post-Covid recovery takes longer than expected or is not used to make structural reforms.